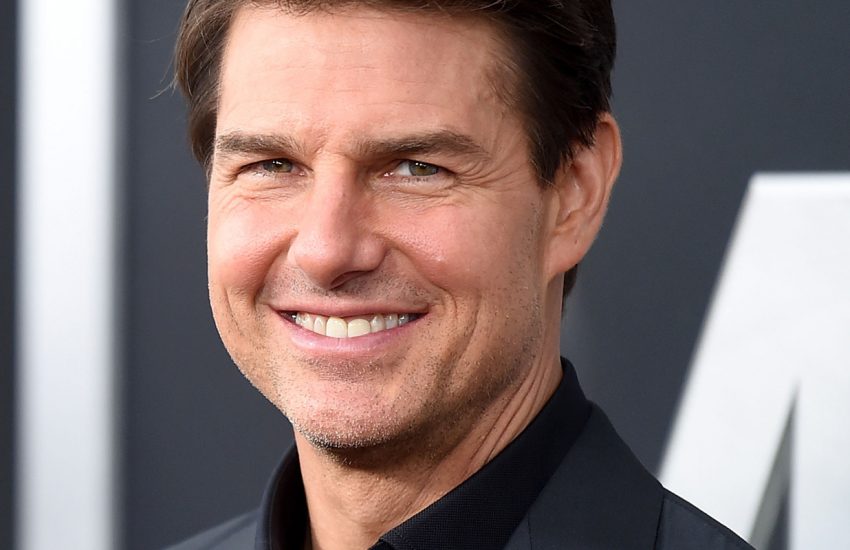 Any roll call of the most handsome and successful leading men in Hollywood in which Tom Cruise face does not earn top honors can be rightly regarded as rigged! This hunk has one of the most famous faces on the planet and a boyish smile no one could rightly expect to say no and go on to have a good night’s sleep!

Tom Cruise the man for some reason seems to arouse some pretty strong emotions in folks across all social strata. Some love and adore him and are practically willing to get the ground he walks on declared holy ground. Others consider him to have an overblown ego, an overblown talent and an equally overblown sense of accomplishment and entitlement.

But regardless of where you stand on this and other issues, there’s no disputing that Tom Cruise has been behind some of the highest grossing films in history and is even more popular and famous than the presidents of most countries. He has also been nominated multiple times for just about every industry award in the book and has even won a fair share of them. That must count for something, right?

Well, here’s a short bio of Tom Cruise that pretty much details his life, work and legacy. Holla if it makes you cry in awe or puke in envy!

Thomas Cruise Mapother IV -yes, that’s his actual birth name, believe it or not- was born so far back that the ancient Egyptians were still putting finishing touches to their pyramids! Actually, his date of birth was July 3, 1962, and he was born in Syracuse, New York. His parents were Thomas Cruise Mapother III, who was employed as an electrical engineer and Mary Lee, a special education teacher. Cruise has 3 sisters and is of German, English and Irish descent.

The Cruise family was very poor and the young Tom Cruise was regularly bullied and beaten black and blue by his abusive father. It was almost Dickensian, but not quite and the whole situation understandably had a lasting effect on Cruise later on in life.

Cruise partly grew up in Canada. At school, he participated in drama shows and was exceedingly good at this. However, his mother got tired of the lout she had married, up and left him and carried Cruise and his siblings along with her back to the good old US of A. The old man died in 1984, of cancer and we are quite sure that there were no teary eyes at his funeral.

The young lad that was Tom Cruise was briefly at a Franciscan seminary located in Cincinnati, Ohio, due to the fortuitous provision of a church scholarship. He sought to become a priest, but faith and his own bad choices had other plans. In his senior year, Cruise was a linebacker for the varsity football team. He, however, got expelled from the squad for drinking liquor right before a game.

Tom Cruise’s first acting role was in Endless Love (1981). This bit part followed other bit parts, till he showed off his potential after getting a major role in Risky Business (1983). The heady success that was Risky Business was instrumental in his getting cast in Top Gun (1986), a massive hit if there was any, which gave Cruise the coveted status of a superstar.

Top Gun was followed with The Color Of Money (1986), and Cocktail (1988), with the latter seeing him win a Razzie Award for Worst Actor nomination. Oops! Thankfully, that same year, he was to totally redeem himself with Rain Man, a masterpiece if there was any and the winner of an Academy Award for Best Film.

Born on the Fourth of July (1989) was his next major success and saw Cruise walk away with all sorts of heavyweight awards, including a Golden Globe and his very first Best Actor Academy Award nomination.

Days of Thunder (1990) and Far and Away (1992) followed and in both his then-wife Nicole Kidman played his love interest. In 1994, Cruise along with Latin hunk Antonio Banderas, the great Brad Pitt, and Christian Slater was cast in Interview with the Vampire, a horror, gothic drama movie of epic proportions that was very successful.

In 2000, Cruise reprised his role as Ethan Hunt in Mission: Impossible 2. This was directed by the one and only John Woo, who gave it his own inimitable gun fu touch. The movie was a massively massive hit and raked in nearly $547 million worldwide, though critics were less than pleased with it.

Vanilla Sky (2001), Minority Report (2002), and The Last Samurai (2003) followed, with all being massive box office successes and the latter earning him a Golden Globe nomination. In the year 2005, Cruise teamed up with Steven Spielberg for War of the Worlds, which was loosely based on the eponymous H.G. Wells novel. The worldwide gross of this movie came in at $591.4 million, a very impressive amount by any measure.

The next year, he starred in another Mission: Impossible movie, with this being more to the liking of critics and getting almost $400 million in worldwide receipts. In 2007, Cruise took on a supporting role for Lions for Lambs, with the movie bombing at the box office. He then totally redeemed himself in Tropic Thunder (2008), which was an excellent comedy that saw Cruise being cast opposite Ben Stiller, Robert Downey Jr., and Jack Black. A Golden Globe nomination was the reward for his performance.

Valkyrie (2008) saw Cruise playing the role of an anti-Hitler plotter and was a box office hit. Knight and Day (2010) was his next, followed by Mission: Impossible- Ghost Protocol. The latter proved to be the most commercially successful movie starring Tom Cruise and was critically acclaimed.

In 1993, Tom Cruise along with his previous talent agent Paula Wagner founded Cruise/Wagner Productions. Since its inception, this company has helped produce more than a few of Cruise’s movies. Cruise is noted for being an astute producer and a very clever negotiator who ensures he gets the most favorable terms possible. This is due in part because his involvement in any movie is rightly seen as guaranteeing its box office success.

In the personal sphere, Cruise used to be romantically involved with women who were nearly old enough to breastfeed him! This includes the likes of Cher, Patti Scialfa, and Rebecca De Mornay. He has been thrice married and divorced, to Mimi Rogers, Nicole Kidman and most famously Katie Holmes. He has a trio of kids, two of which are his, while the other is adopted.

For decades, Tom Cruise has been hanging there and today still nearly looks as fresh as he was when he was zooming across our screens in Top Gun! Does this guy has the elixir of immortality or what?

Asked to elaborate on rumors that he had had work done on his body to keep it looking brand new, Cruise has only admitted to having had his awfully crooked teeth fixed. He also agreed to some Tom Cruise Botox treatments. Well, it seems he is not telling all of the truth, as these Tom Cruise before and after pictures will show. Here they are:

Oops, We Teeth It Again!

Holy Moses! We swear that after seeing Tom Cruise teeth in this old movie still, we felt like grabbing the nearest sharp object and carving roses into our eyeballs. Yes, they are that horrible! Have a look at them and feel the food you ate last week come boiling up from your stomach! As to be expected, the moment Tom Cruise had enough moolah, he visited the best dentists he could find to correct the absolute disaster that was his teeth. This they did spectacularly well and today he has one of the best smiles you can find on three continents! Praise the Lord, brethren!

Yes, Tom Cruise teeth is vastly more improved from the blasted coal pit he used to have. Still, there’s something missing- his front teeth are not symmetrical at all. Take a look at them and see for yourself. This might be a minor point, but we are still compelled to point it out.

This is Tom Cruise face and Tom Cruise’s old schnozzola on the left. Here is a more recent image of it on the right. In the latter image, the nose is noticeably smaller and so perfectly shaped it could be dipped in butter and served at a feast! In 2016, Tom Cruise himself went on record as stating that he had undergone rhinoplasty. Just how many of them were necessary was not specified. There you have it, Tom Cruise nose job just might be the reason the ozone layer has been vanishing so rapidly!

Tom Cruise appears to be a big fan of Botox treatments and has been pretty open about it. Once, he apparently used too much of it and showed up at a movie premiere looking as puffed up as a minke whale! Here is the Tom Cruise before and after pictures if you don’t believe us!

No one is really happy about getting old and Tom Cruise is no exception. As a result, Tom Cruise face shows he does not solely rely on Botox treatment to keep it looking youthful and has had it surgically tightened up to delay and deny the ravages of age. In particular, from these before and after pictures, it appears the skin around his jawline has been tightened up. It is also possible that Tom Cruise surgery has been performed to correct his eyebrow droop. The skill of the surgeon who performed these Tom Cruise face lift procedures is to be commended.

Here are images of Tom Cruise face. As can be seen, the guy looks rather good for a guy who was born back when Pocahontas was still a teen. Or have we got our ages mixed up? No matter! Anyway, the point is that given that he is pushing 60, Tom Cruise should be experiencing some hair loss, but that does not appear to be so. Now, this might be due to his genes, food and other such innocuous explanations, but folks in the know recently informed the National Enquirer that the actor has long been a good fan of hair transplant surgery. Given this, we can see just where the luster of his hair is coming from!

Tom Cruise is a man that can be difficult to pin down or adequately define. He is as big as they come and has had enough controversy and media attention to last him a zillion lifetimes. Still, the guy is a pro who does it better than most.

So, what are your thoughts about Tom Cruise Botox? What do you think about Tom Cruise plastic surgery? Let us know as soon as you can. Who knows, we could convince him to feature it in his next movie dialogue!