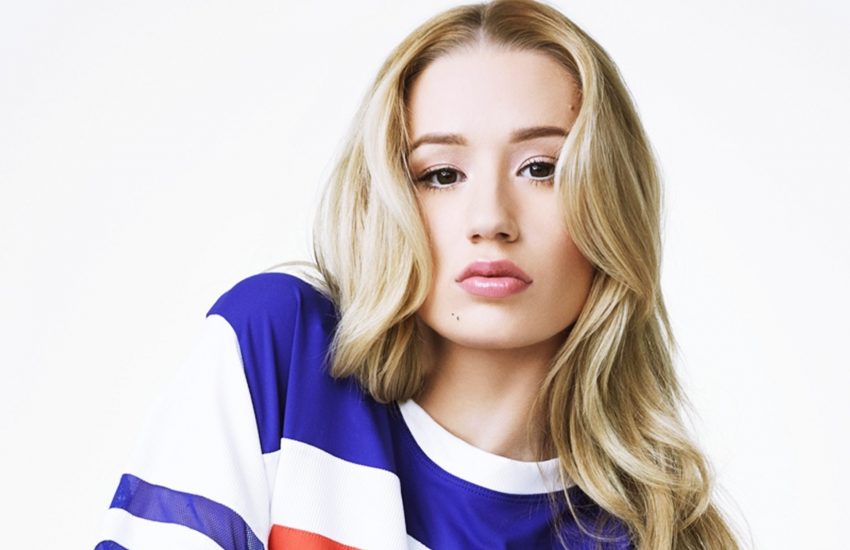 Amethyst Amelia Kelly, also known as Iggy Azalea, is a rapper and songwriter born in Australia, who broke onto the hip-hop scene when she was just sixteen.

After she found fame with her music videos on YouTube which eventually led to the record company Grand Hustle Records producing her music, there was no looking back for the young talented artist.

Being in the spotlight for her amazing hits, her looks were also constantly put under the scanner with Iggy Azalea surgery rumors speculating about a possible nose and boob job.

But unlike other contemporaries, Iggy revealed her body transformations in an interview to Vogue stating that though she was initially reluctant to discuss it fearing it might leave an impression on her young audience, she couldn’t possibly deny her breast enhancement procedure. She admitted to getting a nose job as well.

When Iggy thanked Dr. Ashkan Ghavami, the plastic surgeon who worked on her cosmetic procedures on a social media platform, he also confirmed the same to People magazine.

In this article, we will look for any truth to these rumors by analyzing pictures of Iggy before and after surgery.

Transformation of Iggy Azalea Before Surgery Through the Years

Though fame and recognition came to Iggy with her raw talent in rapping, we have to agree that it also came through her beauty, her style, and her appearance.

Let’s see how her looks and style have transformed over the years.

Iggy was born in Sydney, Australia. From the picture which was posted by her dad Brendan Kelly online, you can see that she had blond hair and chubby cheeks naturally. Even as a child, you can note her beautiful face and the telltale twinkle in her eyes.

The photo is of Iggy Azalea before plastic surgery as a 16-year old, sans makeup. You can see the cheerful girl with her blonde locks and a beautiful smile. It was also this time when Iggy decided to take hip-hop as a career choice and landed in the US.

The picture above seems like an early professional photo taken of Iggy when she was modelling at the age of 18.

The photograph shows her face in a very flattering angle further complemented by her heavy makeup and wig. Still deciding on what career path to head, Iggy was advised to take up modelling owing to her stunning and unique looks.

She eventually modelled for Forever 21, Steve Madden, and Levi’s.

With the singer admitting to certain plastic surgeries, don’t you want to see Iggy Azalea before surgery?

In this photograph taken at VH1 Divas, you can see her looking all ethereal and natural, which we have to admit, is very different from her signature style.

But without her prominent breasts, her petite figure and this dress don’t seem to go too well. Her boobs are almost flat with no cleavage.

In this photograph, we can see a tiny hump on Iggy’s nose along her nose bridge.

We also cannot forget her prominent cheekbones and her pale looking moles which have become synonymous with the singer’s trademark look.

Talk about embracing oneself! And remember, all this is before Iggy Azalea before plastic surgery.

Sporting her new fuller breasts, Iggy made an appearance at a Philadelphia Ball and subsequently Iggy Azalea surgery rumors surfaced in 2014.

Her cup size seems to have increased, but not by that much, making the transformation look more natural and not fake.

The plastic surgeon who worked on Iggy has done a commendable job, it seems.

Photographed attending 2015 Grammy Awards, she had this renewed look with an exceptional hairdo. While her braided hairstyle created quite the buzz, she was also fresh from an amazing nose job.

Iggy’s new nose looked refined; and even the nose hump seemed to have disappeared. We have to admit that her nose job was done to perfection without it appearing unnatural or too prominent.

But there was also talks about Iggy Azalea butt implants, cheek implants, and lip fillers. From the pictures above, it does look that the rapper might have got lip fillers. Do you agree?

Attending Toronto’s iHeartRadio occasion, Iggy Azalea definitely turned heads with her sexy appearance, thanks to her form-hugging dress which bared her beautiful legs.

The rapper seemed to have put on a little weight as she appeared a lil’ plump and had prominent body curves than her previous outings.

We can see that this is when Iggy Azalea butt implant rumors began to make the round big time.

Spotted in California for her Coachella appearance, Iggy wore a rugged jeans shorts with a sleeveless tiny white crop top.

The stylish attire emphasized her tiny waist while also revealing her arm tattoos. She completed the look with large hoop earring and hair extensions which worked pretty well for her.

But fans were quick to point something about her chin, speculating a chin implant might be a possibility. The reason was because of a more prominent looking chin than pictures of Iggy Azalea before surgery. Maybe it was just the lighting, we don’t know!

Iggy Before and After Surgery

Now that we looked into the biography of the beautiful rapper, songwriter & TV personality growing up, we will now compare some photographs of Iggy Azalea before plastic surgery and after fame to see the unmissable transformations.

Did Iggy Get a Breast Enhancement Surgery?

Looking at these pictures, you can notice a vivid transformation in her boob size. In fact, those Iggy Azalea boob job rumors turned out to be true with her breast surgeon confirming it to People magazine.

He stated that Iggy had very small breasts which were also wide apart. Owing to which, the singer had no cleavage. You can see that from the photo of Iggy Azalea before surgery. Yikes!

The surgeon who corrected her breasts, notes that it was a very quick surgery. In just 24 hours, the singer was fully recovered and performing her fullest alongside Jennifer Lopez on stage four days later.

Looking at her ‘after’ surgery photographs, we can see that her cup size has indeed increased, but not too much. Her plastic surgeon also stated that his aim was to get her more natural boobs that would not hinder her dancing and jumping around.

How About Iggy Azalea Butt Implants?

Attending a talk show in Brisbane, Iggy was questioned if she had undergone a butt enhancement surgery to keep her perfect figure. To which, the “Fancy” singer replied that she hadn’t got any surgery done. She added that she maintained her body in shape by doing a lot of exercises and by playing tennis.

Iggy said she always wanted to have a tiny waist, so she exercised religiously for it. Seeing the ‘after’ picture, we do notice that the workouts seem to have given her a fuller and firm bottom.

What do you think? Based on these photos, do you believe that the singer got her A+ figure and curvy bottom without the aid of plastic surgeries?

Did Iggy Get a Nose Job?

Speaking about her nose, Dr. Ghavami stated that it gave off an odd look. By looking at the picture, you can also see that minute hump present on her nose.

The doctor further said that that they have done quite a lot of tip shaping to narrow it down without making the change look too prominent or too artificial. The hump on her nose bridge was also removed as seen in the ‘after’ picture of the surgery.

Unlike most Hollywood starlets who deny getting any cosmetic enhancements done, Iggy Azalea on the other hand acknowledged that she had got rhinoplasty done while also accepting her imperfections, which Ghavami recollects as remarkable.

We also have to agree that it is a pretty rare quality these days.

Did Iggy Get Lip Fillers?

With Iggy admitting to having cosmetic surgeries done on her nose and bust, speculations were rife among her followers that she had also undertaken lip enhancements as well.

When she posted a photo on Instagram which highlighted her puffy lips, immediately questions of a possible Iggy Azalea surgery i.e., a lip job began to pop up.

Though Iggy had discussed her other cosmetic surgeries and enhancements, she is yet to acknowledge or divulge any info about her lips.

Looking at the pictures above, you can see that Iggy’s lips seem to have transformed. Do you think it is the case of lip fillers or simply the magic of lip shades that render a fuller look?

In an interview with Ellen on the renowned The Ellen Show, Iggy Azalea was asked about her cosmetic surgeries, to which the star replied in the affirmative stating she was very happy with it.

Further down the interview when Ellen questioned about the specific surgeries she had undertaken, Iggy replied that she had her nose and bust altered. When one looks at pictures of Iggy before and after surgery, we can be pretty sure of what she has said.

Lastly, we can say Iggy is not one to hide and shun the rumors; instead, she is vocal about the plastic surgeries she has undergone to transform her look. Though she opted for surgeries, she has a special message to be conveyed to the fans that look up to her.

Speaking to Seventeen in an interview, she let all her fans know that everyone’s self-image transforms with time. Before altering anything, one needs to think long and hard if they really want the change, as she recollects that the most important thing is accepting one’s imperfections.

However, she was quick to point that she doesn’t regret her bust implants or nose job, as it had improved and boosted her confidence. And she also explained that her butt is very much real and natural. Amidst rumors of facelifts and lip fillers, Iggy however, did not address them.

When all is said and done, we are glad a star decided to open up about plastic surgeries while also giving an important message to their followers. And even with cosmetic surgeries, Iggy has them done in a very tasteful manner making her look all the more gorgeous.