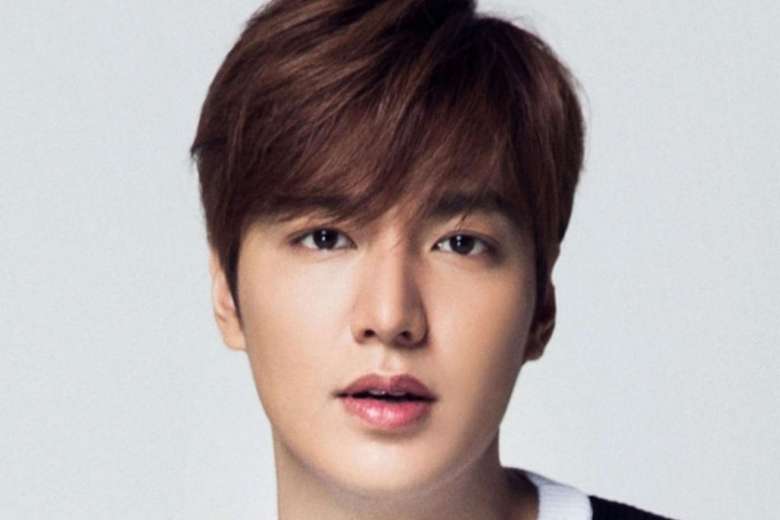 Now, here’s a roll call of sorts. If you are young and restless and happen to have a poster of Lee Min Ho taking up all the available space on your bedroom walls kindly put up your hand.

Wow! Given the sea of hands that we can somehow see there’s no doubting the popularity of this guy. This is especially so in Asia, where the sight of his mug often sends the girls swooning as if they just got hit over the head with the blunt edge of an ax!

Lee Min Ho is one rather good looking fella who happens to sing and act better than most of us. He has a ton and half of serious moolah and has won his fair share of awards. Did we mention that this guy is rather good looking? No? Well, he’s just about cute and handsome enough to be dipped in a vat of cream and served up for breakfast at the local diner!

Lee Min Ho is also socially responsible and has been at the forefront of some philanthropic activities that aims to benefit the poor and weak. In case you have been clueless so far and still wondering just who exactly the guy is, here’s a short biography of sorts to properly clue you in.

Lee Min Ho was born on June 22, 1987, in Seoul. The young Lee had hoped to become a professional footballer, and earn megabucks and fame in equal measure. He showed good talent on the field, but his football playing career was soon cut short by an injury he sustained in the 5th grade. During high school, Lee fell in love with the movie world and the rest as they usually say is history.

At first, the young Lee despite his stunning good looks and undoubtedly prodigious talent was only able to land minor roles in sappy romantic dramas. In 2003 the young fella landed his first debut role in Secret Campus, an EBS series.

Tragedy came knocking in 2006 when Lee nearly took an unannounced trip to the great beyond. This was due to an accident he sustained during a car ride that put his career on hold for 12 months. He was bedridden and had a hard time recuperating.

Once he recovered, fate decided to reward him with his first leading role, in a high school drama called Mackerel Run no less. In the year 2008, Lee was kept really busy appearing on a slew of TV shows and movies for which he received high praise.

2009 was the year that Lee Min Ho really showed off the heady stuff he was made of. That year, after intense competition he was selected to play the lead role in a TV show by the name of Boys Over Flowers. This TV show was hugely popular, with the viewership ratings being as impressive as the sight of a juggling tilapia. The buzz generated by the show got Lee loads of lucrative endorsement deals, brought about a Korean Wave all over Asia and made him a real star.

In the year 2010, Lee wowed audiences with his sterling performance in  Personal Taste. This was a movie in which he played an upwardly mobile guy who pretends to be gay so as to be roommates with a rather pretty chick. As to be expected, this created some complications, but they were apparently nothing that a hot kiss, teary eyes and a tight embrace couldn’t resolve!

In 2011 Lee starred in City Hunter, a movie based on a very popular manga. It was a huge success and cemented his popularity all over Asia, especially in Japan where manga is something of a religion. During the shooting of the movie, Lee was unlucky enough to have another car accident, which he survived not much worse for wear.

Around April 2013, Madame Tussauds unveiled Lee’s wax figure, which incidentally couldn’t hold a candle to the original. Sometime around May 2013, Lee made his first album available for purchase and went all over Asia meeting his fans.

Soon after, Lee returned to Television via a teen drama called The Heirs. It premiered on October 9, 2013, and was very well received both locally and internationally.

The very next year, Lee broke records when he became the only Korean celebrity to have performed at the CCTV Lunar New Year gala. The lucky fella performed a duet with Harlem Yu during this event. A little while later he was selected to represent the entertainment industry at the 3rd conference of the South Korean Presidential Committee for Cultural Enrichment.

In October 2014 Lee released a second EP song. According to him, he had no aspirations to a singing career and just loved releasing songs for his fans to spoil themselves silly with. In 2015 he played a leading role in the action movie Gangnam Blues. Kim Rae-won co-starred in this movie, which was themed around the violence and corruption that was in place during a real estate boom that took Gangnam by storm.

In 2016, Lee appeared in the hit action-comedy movie Bounty Hunters. This was directed by Shin Terra and was very successful at the box office. Later on, Lee starred alongside Jun Ji-hyun in a fantasy romance drama called Legend of the Blue Sea. It too was a hit.

Lee Min Ho’s elder sister is called Lee Yong-jung. She is currently in charge of his present agency, MYM Entertainment. Lee is not known to be married, though he has dated a few delectable members of the fairer sex. He has since completed his mandatory military service, though some of his more rabid female fans no doubt wished that it took place right in their bedrooms!

Lee MinHo is a serious sight for sore eyes and on more than one occasion has been compared to an angel! Given his effortless good looks it’s only proper we investigate and find out if it, in fact, is all due to nature or a plastic surgeon’s skills. The result of our investigation is rather revealing. Here’s what we dug up:

Be a dear and check out this picture of Lee Min-ho taken in 2006 back when he was barely known. Notice something? His features are not as sharp as they are in more recent pictures such as this one. Given this, the only possible explanation is that the hunk has had some face reshaping work done. If a Lee Min Ho surgery of such sort is hard to believe, perhaps it might be possible to say that his nose magically reshaped following the command of a genie!

Take a look at this image of Lee Min-Ho sending hearts fluttering with his trademark impish smile. This was shortly after he got his breakout role in Boys Over Flowers. In the image his face appears to be more filled in than normal, possibly suggesting that he has had his cheekbones padded with fillers or implants. You don’t think so? Kindly recheck the Lee Min Ho before and after pictures and get a revelation!

Shortly after his role in the widely acclaimed City Hunter, this photo of Lee was taken. He looks perfectly normal, right? Well, wrong! Take a deeper look at his nose. Notice some subtle differences? We do too and think it has been subtly altered by a plastic surgeon. The changes are more noticeable on his nose bridge.

Shortly after the release of Bounty Hunters, which was incidentally a massive hit, especially in China, the following photograph was taken. As can be seen, Lee looks sweet enough to be dipped in tea and chewed to bits. A good look at his nose also indicates it has definitely become slimmer. This might, however, be attributed to the effects of light and makeup. Or might be due to a Lee Min Ho plastic surgery.

For his talents, stunning good looks and philanthropy, Lee MinHo command loads of respect and adoration and that are as it should be. The guy shows no sign of aging, continues to showcase the breadth of his talents and is one serious eye candy whose presence never fails to get hearts pounding like miniature jackhammers!

We have no idea as to what the future holds for Lee MinHo. But from what we can see, barring a mutiny or other serious falling out up above, this guy is surely going places, and not to your bedroom, mind!

So, what do you think of him and his probable plastic surgery? Speak up and don’t be shy. Let us know in the comment section below.