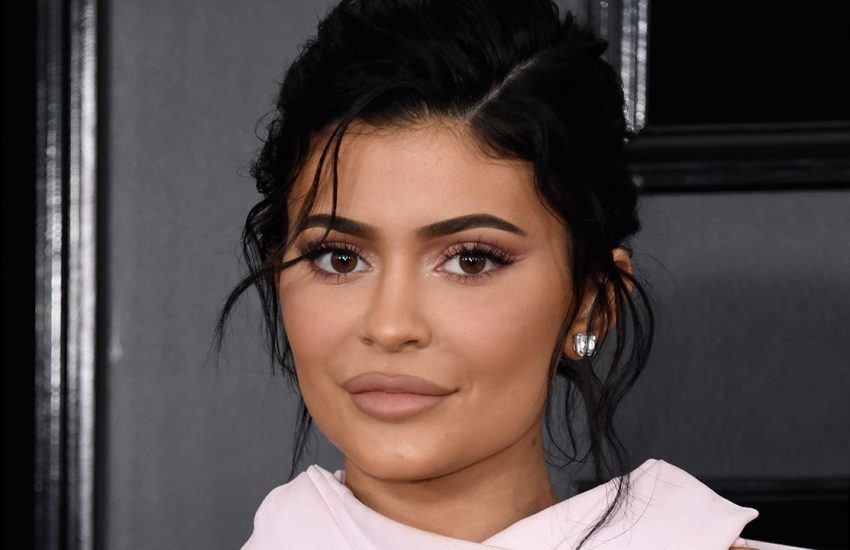 Quite recently, Kylie Jenner made the news -and in big fashion too- after being touted as the very first self-made billionaire on this planet. She has long been lauded for her business acumen and impressive ability to wring the very last dime from her fame. And boy, is she famous! Considering Kylie Jenner before and after transformation, as well as her truly eye-watering achievements, it gets really hard believing that she is just a measly 21 years old.

As of now, she is one of the most followed folks on the social media scene and is frightfully influential. A word from this pretty and brainy chick can easily make or mar any product.

An often cited demonstration of this was when she recently penned a tweet about Snapchat becoming kinda boring. This ostensibly innocuous criticism shortly after sparked a 6.1% fall in the stock price of the app and wiped out around $1.3 billion of its market value. What power!

Kylie started off humbly, starring in Keeping Up with The Kardashians alongside her other more famous siblings and trying her best to keep up with them and their antics. She soon carved her own path and the rest as they like to say in the bar down the street is history!

Well, here’s a relatively short bio of this young lady that details most of her journey over the years and Kylie Jenner before and after transformation. Read it up and try to learn a few things!

Kylie Jenner Takes On the World!

Kylie Kristen Jenner was born on August 10, 1997, in California and is an American model, socialite, fashion designer and reality TV star with few if any peers. Her parents were Bruce Jenner (now known as Caitlyn Jenner) and Kris Jenner.

In 2007, Keeping Up with The Kardashians, the show which was to make the Kardashian family oh-so-famous premiered. Kylie starred in this along with her siblings and parents. The series was so successful that it led to the creation of more spin-offs and enabled Kylie along with her family to sell themselves to a global audience.

2014’s Much Music Video Awards was co-hosted by the Jenner sisters and in August of that same year, they were seen strutting their stuff in the “Recognize” video by PartyNextDoor.

In May 2015, Kylie Jenner showed up on an episode of Keeping Up With The Kardashians with rather swollen lips! Her newly full lips were according to her courtesy of lip augmentation procedures. Her new look gained her more fans and followers who understandably did all they could to look like her, apart from sparking the infamous Kylie Jenner Challenge.

Kendall + Kylie, a clothing line from the two sisters was launched in mid-2015. That same year, Kylie launched her own lipstick line, as well as her own mobile app and website.

During February 2016, Jenner renamed her cosmetic company Kylie Cosmetics. Shortly after, the number of kits sold were to skyrocket, helped along by social media buzz and clever promotional videos. By 2018, the company was to report selling cosmetic products worth a whopping $630 million, which is no easy feat.

Her music debut featured her rapping on “Beautiful Day”, a song by Burberry Perry. Later that same year, sportswear company PUMA made her its new face. June 2017 came with its own share of good and bad news for Kylie. The good news was that according to Forbes, she had earned around $41 million over the preceding 12 months and at just 19 years old. The bad news came when she was denounced for apparently plagiarizing the designs of other companies and passing them off as her own. Whoops!

In August 2017, Kylie appeared in her very own reality show. Titled Life Of Kylie, it was not very successful.

In the personal sphere, Kylie Jenner has dated such lucky fellas as Tyga, with the two being together from 2014 to 2017. At present, she is in a relationship with Travis Scott and has a daughter from him.

Kylie Jenner Before And After

Kardashian family members have what can only be described as a deep and widely reported love affair with cosmetic surgery procedures and Kylie Jenner is by no means exempted. This beautiful lass has long declared that she sees nothing wrong in others having cosmetic surgery but has only confessed to having had lip fillers. However, careful examination of some Kylie Jenner before and now photos tell another story, one that you will no doubt be very anxious to hear.

So, read on and let’s show you the extent the perfect look of this young missus is due to the expensive skills of plastic surgeons.

Here are some Kylie Jenner before and after images. On the left is a picture taken back when she wasn’t even old enough to buy a drink. At the right is a more recent picture in which she absolutely looks like a million dollars. Notice her nose shape in the two pictures? Are they a match? Hell no! The nasal bridge seems to have been really slimmed down in the more recent picture and the nose itself is thinner and much more elegant. Now, while some might attribute such a change to sublime makeup skills, we are certainly not in agreement, as all evidence points to a Kylie Jenner nose job.

Now, if there ever was a family that was truly blessed in the ass department, that must be the Kardashian family. Kim Kardashian is notable for this, with her booty being of such quality that it could make the sun stand still were she to bend over! Now, Kylie unfortunately is not as blessed, at least judging from this old picture of hers. Indeed, her ass end appears flatter than a blackboard! However, a miracle of sorts seems to have occurred, at least judging from this more recent picture. Here, she can be seen giving folks a mean look, dressed in nothing much and posing in a way that shows off her now curvy derriere. Given such a dramatic transformation, it is only fair to point to butt implants and other cosmetic procedures as being responsible. Kylie however credits her new booty shape to Spanx. We will believe her when we see pink pigs flying around, carrying Santa on their back and trumpeting their approval of Kylie Jenner’s implants!

Back in the days, Kylie Jenner had boobies whose size were comparable to oranges, fallen ones at that! Think we are exaggerating? Then have a look at this Kylie Jenner before surgery photo, in which she is dressed in a slinky gown, made up to perfection and totally braless. Finished staring at her boobs have you? Then have prepare your eyes for another picture of her tits. Here it is. Yes, this is a more recent picture and yes, she appears to have stuffed something down her shirt! Asked to explain what caused her breasts to explode in size, Kylie was quick to say that it was due to a marvelous push-up bra from Victoria’s Secret that was so good she gifted it to some of her family members. We make bold to say that this explanation is total nonsense and the only possible explanation for the new heft of her breasts is that she underwent breast implant surgery. Not that we are criticizing her though, cos her new boobies look totally magnificent!

Kylie totally loves using makeup to mess around with her eye shape and the results are often outstanding. She also has a makeup line that is specifically meant for those folks who share her passion. However, more than a few have been wondering if she has had work done on her eyes, as their current shape is not the same as their former shape. Look at these two pictures and see for yourself. Yes, the girl on the right is Kylie, though she might look like a rosy-cheeked and freckle-faced English maid! Now, compare the eye shape of the two photos. What do you see? To us, it appears obvious that she underwent a brow lift and eye lift too, but you are welcome to try and prove us wrong!

Take a look at these couple of images. Both are of Kylie, though the one on the right is much more recent and is of Kylie before surgery. Based on the changes evident in the face, most experts agree that Kylie has undergone cosmetic surgery procedures to soften her face shape. Botox seems to have been used, as well as cheek fillers. When asked to comment on this, an indignant Kylie stated that the changes was due to the simple fact that she was growing up and able to skillfully contour her face with makeup. This explanation does not however jell with the facts.

Kylie has admitted getting lip injections so as to make her lips fuller and to make her mouth shape better and this is the only cosmetic surgery procedure she is so far willing to cop to. Her lips back in the days were big enough, but appeared to be on the thin side because her jaws were wider then, as seen in this Kylie Jenner before picture. Here are her new lips. Do check them out. They look nice, but for some reason, more than a few busybodies believe they are currently too large for her, but that is their business, not ours!

Here’s a look at Kylie’s teeth back when she was a teen. As can be seen, they are not in the best of shape, are almost as crooked as a city hall manager and of a slightly off-putting off-white color. Still, she did have a reasonably effective smile. In this latter image, the wattage of the smile is immensely dialed up now, courtesy of what all experts in the know agree must have been a total dental makeover that no doubt cost her more than a pretty penny. Kylie touts a tooth whitening kit she sells as being responsible for the blinding luster of her teeth, but that is not actually true, with all experts pointing to porcelain veneers as being responsible.

Kylie Jenner is all things to all folks, and rather good at what she does. With her accomplishments so far, one can only stand in awe and wonder what the future holds for her in a few years’ time. Let’s all hope that by then she will get so rich she can afford to buy a planet and retire to it, though the ensuing media frenzy would undoubtedly be as epic as freshly committed sin!

So, what do you think of her plastic surgery and Kylie Jenner before after pictures? Be a good chap and let us know in the comment section below.