Maria del Rosario Pilar Martínez Molina Baeza, otherwise known as Charo is an over-the-top singer, comedian, actress, and among the most talented flamenco guitarists in the world. She has an in-your-face attitude that can either be charming or abrasive and just like the sun shining down with all fury at noon during the hottest part of summer is just about impossible to ignore!

Charo coined the signature phrase “Cuchi-cuchi”, has a career that has spanned decades and earned her some hardcore accolades and does not appear ready to quit the big stage. This former nun stunned the America of the 70s with her dance steps, snazzy outfits, fresh blond looks, heavy Spanish accent, and dazzling smile. She cemented her popularity with appearances on such popular shows as The Love Boat, Laugh-In, Fantasy Island and the Tonight Show With Johnny Carson. Decades later in 2017, she took to the floor in the hit TV series Dancing With The Stars and showed that she had lost none of her touch.

So what were the early years of this ever-bubbly star like? Let’s go see!

Charo’s real date of birth is currently heavily disputed and varies depending on the phases of the moon! Officially, she was born on January 15, 1951, though other birth certificates tell another story. Her father worked as a lawyer, while her mom was a full-time housewife.

According to Charo’s oft-repeated and incredibly colorful story, she entered a convent at age 4 and was there until she was 15, when her budding talents got her noticed. Most sources, however, indicate that she learned classical and flamenco guitar at a Madrid school for poor but talented kids.

While at this school the young 5-feet-4 blond bombshell was discovered by Xavier Cugat, a bandleader. The two later apparently grew fond of each other and married on August 1966. At this time, her husband was aged 66 and had already been married multiple times. Later, Charo was to say that her marriage was effectively a business contract and was just a means by which her supposed hubby could legally take her with him to his base in the US. 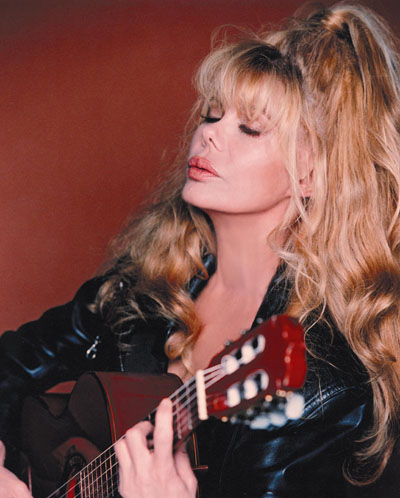 She first appeared on TV screens in the US while performing on The Today Show. She put in four appearances on The Ed Sullivan Show, along with her hubby and his orchestra. She also made appearances in Laugh-In, where her near lack of fluency in English provided some comic relief. It was during this period that she coined the phrase that would make her readily recognizable- cuchi-cuchi, which was actually inspired by a dog she had in her early years named Cuchillo. 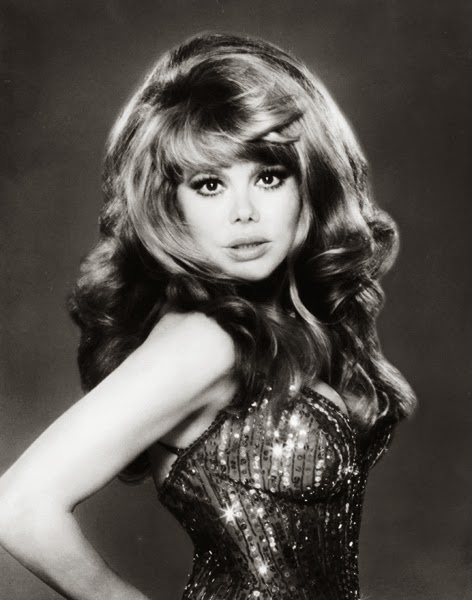 By the early 1970s, Charo had grown so proficient at her craft that she was regularly headlining some Vegas shows and earned about as much as other older and more experienced veterans. 1977 was the year she both became a naturalized citizen and divorced her husband. The divorce was granted in 1978 and months later she got married to producer Kjell Rasten, by whom she had a son. Her first film appearance was opposite Tippi Hedren in Tiger By The Tail (1968).

The 1970s were perhaps her most fruitful era, as she appeared in more shows than can be counted. The 1980s and 1990s were less successful for her, though she regained most of her appeal during the 2000s and starred in a host of TV shows and commercials and made some paid appearances. 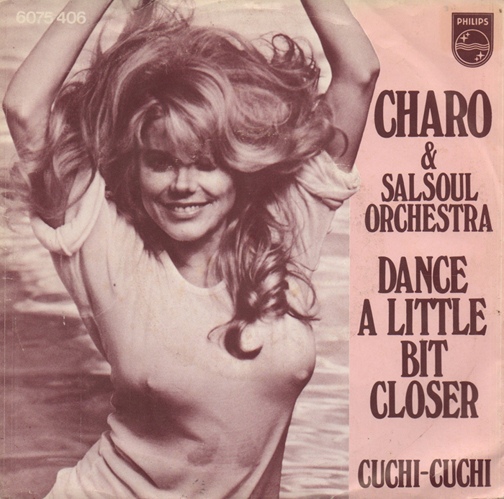 Charo’s musical career spans 5 decades, with her performance and recording styles varying immensely. During the 1970s. she released a succession of disco recordings with Salsoul Records, with the more notable being the 1977 hit, Dance A Little Bit Closer. Guitar Passion was an album of hers released in 1994 that won Female Pop Album Of The Year at the Billboard International Latin Music Conference. The album was also honored with the award of the best female Latin pop album. 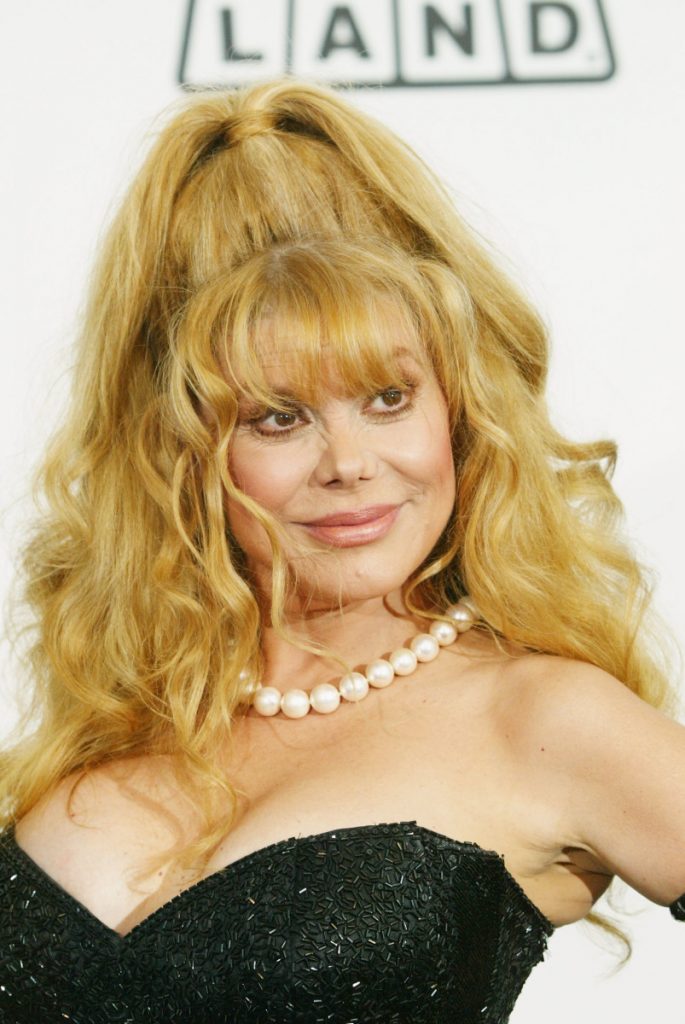 Her latest album Charo And Guitar was released in 2007 to mostly favorable reviews. Presently, Charo lives with her husband in Beverly Hills.

Cuchi Cuchi Goes Under The Knife!

By any measure, Charo is an old -but still sprightly- lady. So, imagine our surprise when neither her face nor body showed the inevitable effects of time and gravity. The only possible explanations for this state of affairs is that she either discovered and drank of the elixir of youth, or she has had plastic surgery.

As the latter was the more obvious explanation, we did some more research and unearthed some savory details you will no doubt be frantic to dig into! Here they are: 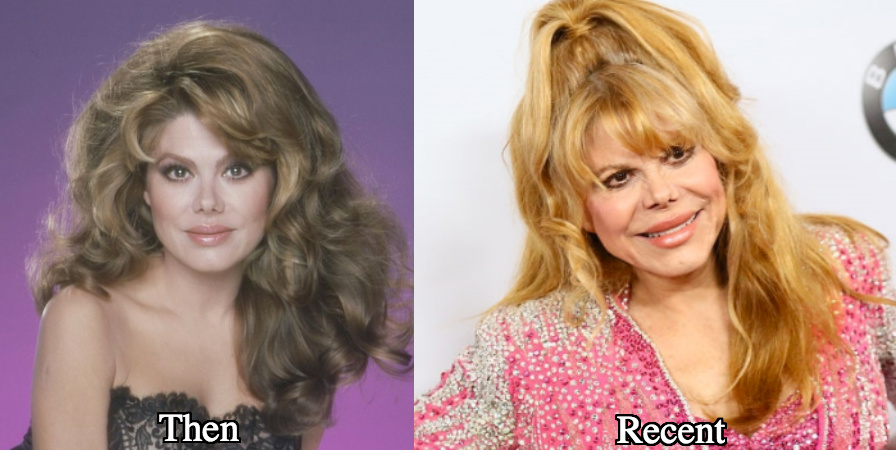 Take a look at this picture that appears to show Charo before plastic surgery and another and tell us what you think. Yes, the latter image shows that her skin muscles have been tightened up and excess flesh removed. Charo, therefore, has no wrinkles common to women her age, nor saggy skin. With the above pictures, one can’t help but totally believe persistent Charo plastic surgery rumors.

As already stated, there is no sagging on Charo’s face as this picture makes clear. How can that be? Well, it’s highly likely that she used chemical or dermal fillers to plump out her cheeks and keep her face looking smoother than glass. Check out these before and after pictures and see for yourself.

Now, take a good look at Charo’s lips in this picture and then drag your eyes over to another more recent picture. Notice the change? Hell, it’s noticeable even to the blind! While Charo had a nice set of very kissable lips, she has apparently had them implanted and to the point that they look painfully swollen and totally ludicrous. 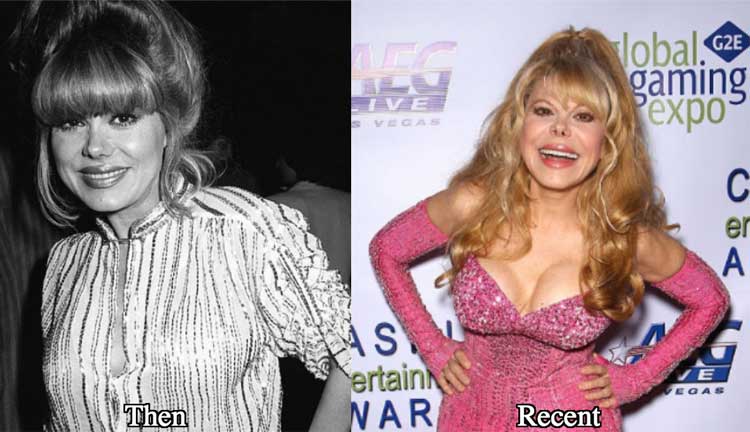 Say hello to Charo tits! Yes, Charo breasts still deserve lots of attention and command some respect! For an old lady, Charo has a pretty tempting pair of mammaries! These are big and just the sort men have been losing their minds over for centuries! But seeing that she is about as old as the hills, there is simply no way Charo boobs can be so naturally juicy and rounded. Check out these before and after pictures of Charo. Yes, she has definitely gotten some breast augmentation surgery of some sort. Know Charo bra size do you? You lucky fella, you! 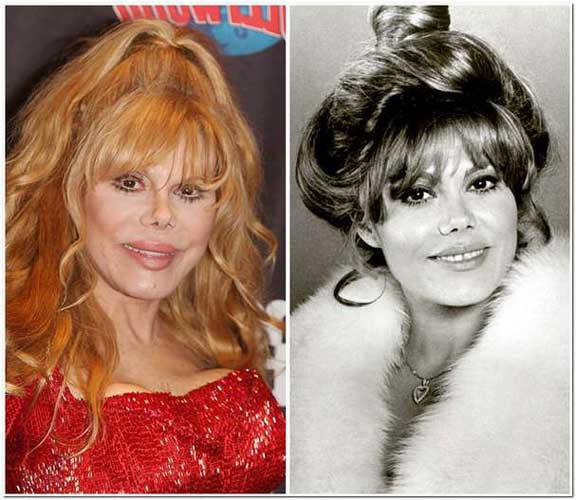 OMG, what happened to Charo’s nose is the million dollar question that has been nosing around town! These before and after photos taken back in the days appear to show that Charo had rhinoplasty or some other cosmetic surgery to thin out her nose. However, this alleged procedure was done decades ago and by a not very competent plastic surgeon. As a result, her nose currently looks like she just bulldozed a vault door with it! Who knows, she just might tire of the look and pay another surgeon to get her proboscis looking all fine! Yes, a Charo nose job would be really welcome news!

Charo is one outrageous lady it is simply impossible not to like. She has been incredibly persistent, can strum a guitar like few others can and is able to convincingly tell stories so outrageous that most folks who should know better end up nearly believing them! Despite her advanced age, there’s still quite a few quarts of piss and vinegar left in her and she appears ready to keep on shaking her hips till they get her coffin ready!

Now, what do you think about Charo measurements and her plastic surgery procedures? Do they make her as odd-looking as some imagine, show her as vain or render her a goddess?

Do you like Charo before surgery? Speak up, don’t be shy!